Besides the Fire Painting, I am building another apparatus The Knitting Machine. Its purpose is to slowly knit an image for the duration of an exhibition. On the last exhibition day the image is completed, knitted in its entirety once the last noose is pulled tight. A moment later, the image is unravelled like an old pullover and the knitting threads wind back onto the spools.

I am currently in the process of hacking a particular forty year old knitting machine with the plan to MOC it. When "tamed" in a new format, the machine will knit a 3-D image, most likely an anaglyph image perceived with some sort of archetypical 3-D glasses with red and cyan color filters (red-green or red-blue lenses could do as well). This should be an interesting experiment and a further learning experience on perception - before tackling holography next. The speed of knitting will be determined by a timer - therefore it will itself be a variable - and the constructed image has to unravel in the end.
Furthermore, I am also sketching out and developing an open source mechanical book, the concept of which was published on this blog years ago. The book, which might be realized together with Stefan Doepner (f18institut), will be presented in the building of Federal Foreign Office in Berlin next year for the occasion of marking the 20th anniversary of Slovenia's independence. Constructed as a mechanical apparatus, this work will visualize and articulate the findings of a workshop coordinated by Katja Sudec, where youngsters - the workshop participants - will be joined by historians in order to explore the material that has been  excluded from Slovenian libraries as of late. Such act leads to the artificially constructed history and manipulation of the past in an attempt to construct "cleaner" history and identity of and for the state apparatus. As history gets rewritten over and over and over again this book will rewrite some of the found deletions in interesting ways. Afterwards, it will be open for articulating other contents as well.
Now I am off to prepare for a lecture on Fire Painting, which I'll be giving to the students of Academy of Fine Arts and Design in Ljubljana. And listen to Gracias A La Vida by Mercedes Sosa. And take time to sit and radically do nothing too. 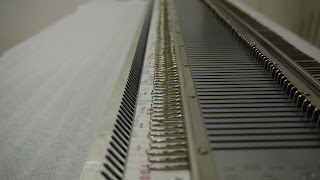 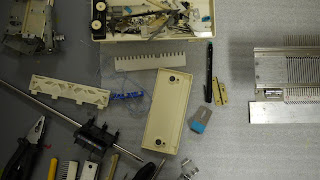 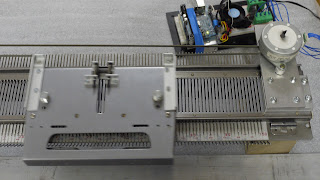 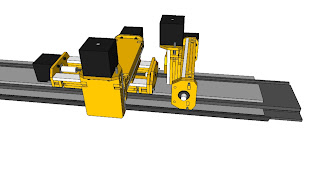 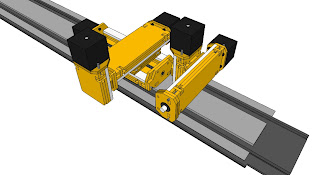 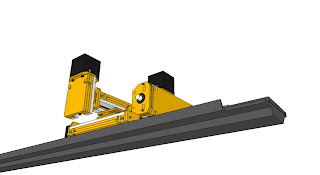 UPDATES:
1. Andrej and I worked on this 3D model for ages and I finally got the parts for the Knitting machine in a small shoe box, after they got laser cut out of plywood earlier today. These components remind me of LEGO bricks. 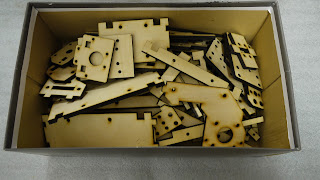 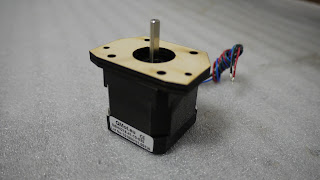 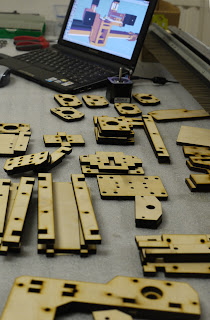 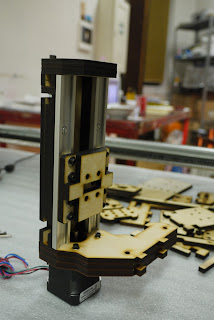 2. In addition, the decision to redesign the Fire Painting, due to its unsatisfactory existing form, led to the meeting and working with the amazing master glass craftsman Zvone. His abilities, support and his equipment are making the exhaustive redesign possible. 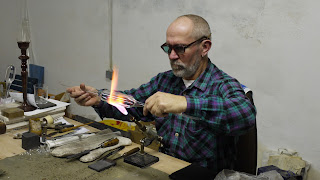 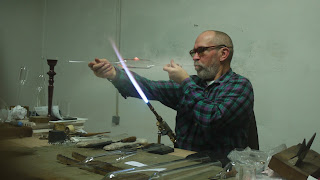 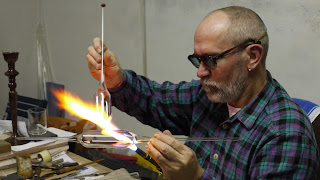 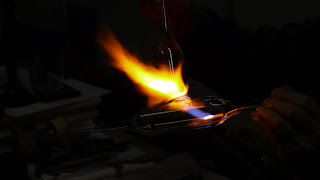 Posted by Sanela Jahic at 8:14 AM No comments: 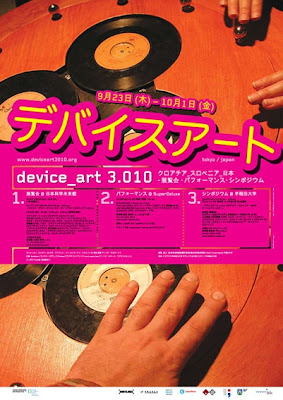 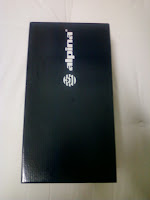 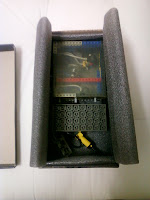 My small Sketch out of LEGO bricks, packed in a shoe box and on its way to Tokyo.
http://www.kontejner.org/device-art-3010-english
Posted by Sanela Jahic at 5:48 PM No comments: